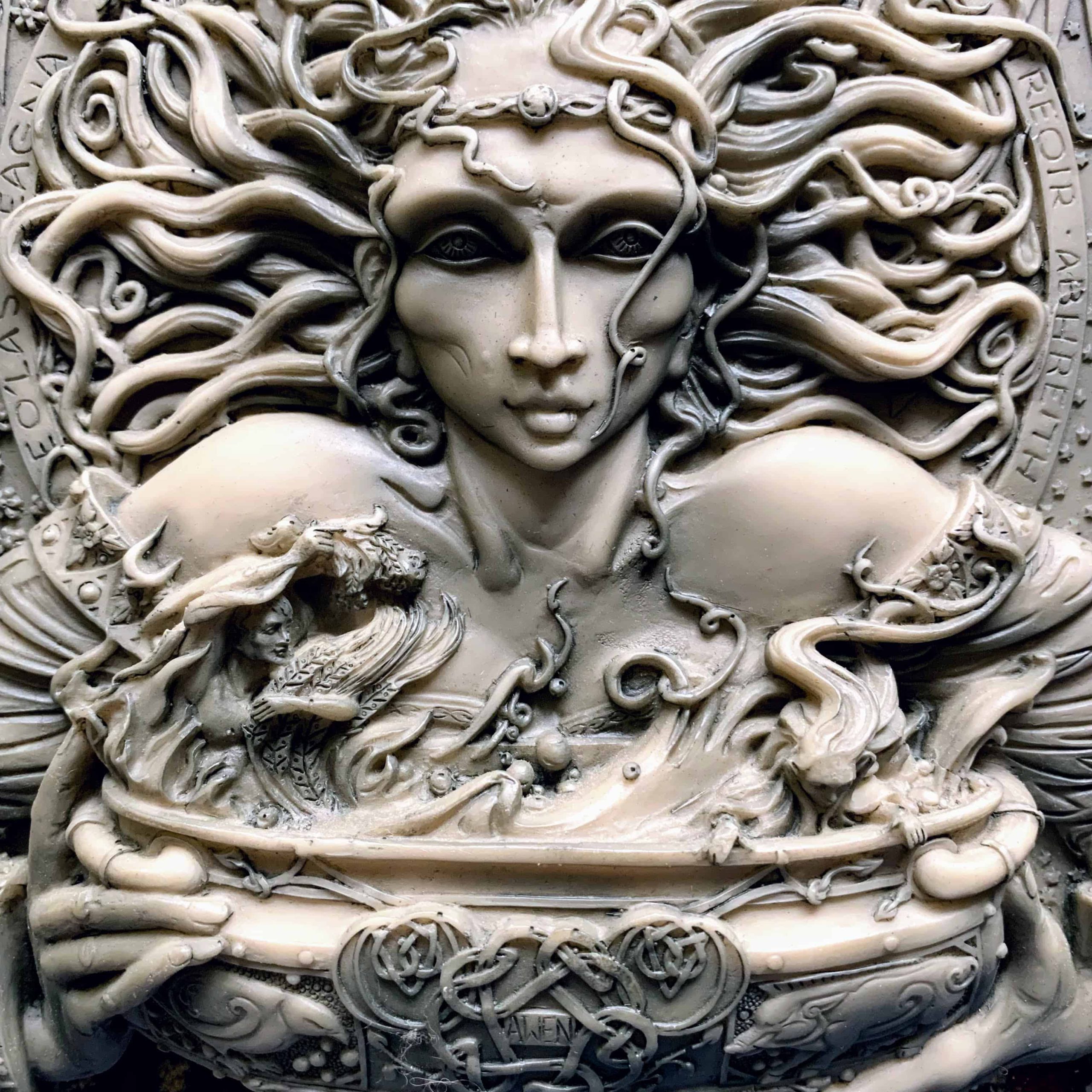 Cerridwen’s name translates to “fair and loved”, “crooked woman”, and “fortress of wisdom”.

In the most famous legend about her, she and her husband Tegid the Bald had two children – their beautiful daughter Creiry (meaning “lively treasure”) and their son Morfran (“great raven”) who was considered so ugly that he was referred to as Afagddu (“utter darkness”) and covered with coarse hair so that he would be mistaken for a stag or demon. Cerridwen, taking pity on Morfran, used her knowledge to create a potion that would give him wisdom and the gift of prophecy to compensate for his appearance. She gathered the ingredients to make the potion and put them in the Cauldron of Inspiration – a.k.a. Awen – to boil for a year and a day. She tasked an old blind man named Gwion Bach with feeding the fire beneath the cauldron. As a year and day approached, Cerridwen placed Morfran beneath the cauldron to catch the three drops that were due to spring forth and provide him his magical abilities. However at the last minute, Gwion pushed Morfran out of the way and received the three drops instead. This caused the cauldron to cry out and shatter. Gwion fled with Cerridwen chasing after him. Both of them shapeshifted into various forms to evade the other. Gwion eventually transformed himself into a single grain of wheat concealed in a larger pile of grain and Cerridwen became a great black hen. She eventually found Gwion’s grain and swallowed it. Nine months later she gave birth to a baby boy whom she set adrift on the waters in a hide-covered basket boat. When he was found he began his new life as Taliesin the archpoet of Britain.

Cerridwen’s association with rebirth, as well as the Autumn harvest link her to the Pagan holidays of Imbolc and Samhain. It should also be noted that as the keeper of Awen, Cerridwen is often invoked by artists and writers as a muse to find new ideas for their work. 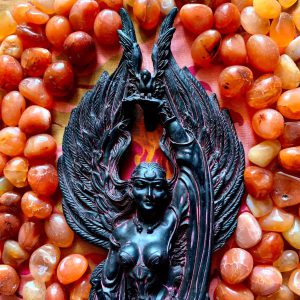 The Morrigan’s name translates to “Phantom Queen” or “Great Queen”. Like other Celtic goddesses there are overlap between the stories of the Morrigan and those of other deities. While the Great Queen moniker may link her to Rhiannon, she is also seen as a unification of multiple goddesses, including Badb, Nemain, Macha, Danu, and Fea, all collectively referred to as the Morrigan.

She is the goddess of war, battle, and fury and would appear as an omen to soldiers who were fated to die. As a shapeshifter she could assume many forms including a crow, an eel, a heifer, a wolf, a seductive young woman, a warrior queen, and an old crone. One of her most famous guises is the Washer of the Ford. In this form she would appear to a person who was going to die as an old woman at the ford of a river, washing their bloody clothes. This story echoes that of the mythical bean sidhes, banshees who would appear to families to prophesize a death.

The Morrigan is also associated with lust and sexual vigor. Her tryst with the Dagda, the father god of the Tuatha de Danaan, is seen as a representation of the union of life and death. This also connects her with the Pagan holiday of Samhain. It is useful to think of Morrigan as an inspirer of violence. She can strategize and use others to set her plans in motion, but she does none of the dirty work. 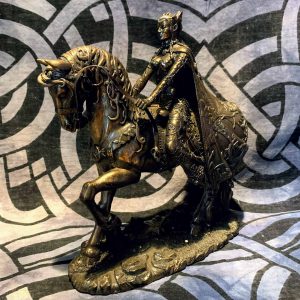 Rhiannon is a Welsh goddess associated with horses and equines (this links her to the Gaulish goddess Epona, who was also associated with horses, as well as fertility and abundance). This also links her to sovereignty as it was believed that the goddess of the land carried the ruler (in this case a horse, or more often a white horse). Of all of the Celtic goddesses, she has the fullest and most consistent information available about her origins, with most stories about her coming from the Four Branches of the Mabinogi, the earliest prose stories of Britain.

In the first branch of the Mabinogi, Pwyll, the ruler of Dyfed in southern Wales, climbs the Mount of Arberth, where one is either fated to suffer an injury or see a marvel. When he reaches the top, Pwyll sees a vision of a beautiful woman riding a white horse (Rhiannon). None of his men’s horses, including his own, are able to catch up to her. When he finally asks her to stop, it is revealed that she has specifically come to Arberth to seek Pwyll as her husband. They marry and have a son who is tragically kidnapped the night after his birth. She is accused of killing the child and is sentenced to carrying visitors of the fortress to the court on her back for seven years. Four years later a man named Teyrnon Twrf Liant arrives to Dyfed with his adopted son Gwri Goldenhair, whom he found as a newborn mysteriously left at his door, just after his favorite mare bore a colt on May Eve (this links her to the Pagan holiday of Beltane). Together they make the connection that Gwri is actually Rhiannon’s lost son, and he is returned to her with the new name Pryderi. In the remaining branches of the Mabinogi, the two embark on further adventures involving magic and enchantments. 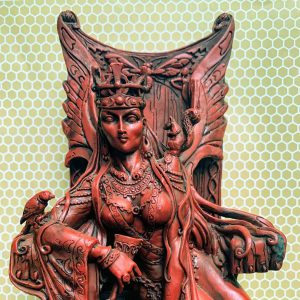 Medb (from the Celtic word for mead “Meadhbh”) is most well-known as one of the main figures in the Tain Bo Cuailnge (“The Cattle Raid of Cooley”). In this Irish epic she declares to her husband, King Ailill of Connacht, that she is the head of the household. When he challenges this claim, she demands that they both take inventory of their possessions to see who has the greater fortune. Ailill comes out ahead with his ownership of a potent stud bull named Finnbhennach. Not to be outdone, Medb sets out to acquire Donn Cuailnge, an equally fertile bull belonging to Daire Mac Fiachna of Ulster. She utilizes an army to take the animal by force, and a series of battles takes place. Medb prevails and eventually succeeds in capturing Donn Cuailnge. She brings him back to Connacht where he fights Finnbhennach and defeats him but in a surprise twist has been mortally wounded and dies shortly after.

Medb’s role in the Tain Bo Cuailnge has led to her being portrayed as a goddess of war. She is also associated with sovereignty, often being invoked in the inauguration rituals of kings. A priestess representing Medb would offer libations of mead to the incoming king and consummate their union. This ties into the meaning of her name – “She who intoxicates”. 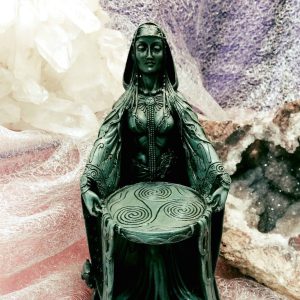 Danu “The Flowing One” (also referred to as Dana or Anu) is the mother of the Celtic gods and goddesses, sharing her name with the Tuatha de Danann (“Tribes of the Goddess Dana”) a family of Irish deities and magical heroes that appear in many Celtic myths and legends.

She is a personification of the land and sea, initially depicted as the goddess of the Danube River. How she became associated with the river is unknown, though some people draw parallels between her origins and that of Sinanna and Boann, two river goddesses who were transformed from humans to bodies of water, both as a result of illegally drinking and fishing from a sacred well. As Celtic spirituality began to reflect the universality of spirit as opposed to it being contained in specific places, Danu of the sacred water became Anu (Irish for “wealth”) of the sacred land.

A pair of mountains in Kerry known as the Paps of Anu are named for her. Some believe that Danu and Brigit are aspects of the same goddess, given that they are both distinguished as the mothers of three sons of Tuireann (Brian, Iuchair, and Iucharba). Both are associated with the fertility of land and the sacredness of water. 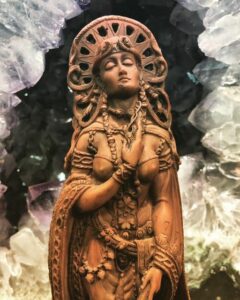 Brigit “The Exalted One” (also referred to as Brighid, Brig, or Brigid) is one of, if not the most well-known of the Celtic goddesses, being represented in many different spiritual traditions throughout history. She is the daughter of Dagda, father god of the Pagan Irish and Broicsech, a Christian slave woman. She was born exactly at dawn as her mother stepped over the threshold. She is neither Pagan nor Christian, neither slave nor free, born neither indoors nor outdoors, born neither at day nor at night. Brigit is said to have two sisters also named Brigit – Brigit the goddess of healing, herbalism, and midwives, and Brigit the goddess of smiths. Together, they can be thought of as a unified triple goddess. She is also the ruler of imbas – “the fires of inspiration”. As such she is associated with intuitive gifts and the arts which were believed to be interlinked during the 10th century.

Brigid is widely associated with the Irish town Kildare (Church of the Oak) where today a cathedral stands with her name (Solas Bhride aka “The Light of Brigid”). Kildare used to host a massive oak tree at the top of the hill. The tree was said to have magical powers and Brigid is said to have established her convent in its shadow. To this day a flame is maintained in her honor at Solas Bhride. She has 19 priestesses to represent the 19-year-cycle of the Celtic Great Year. Several holy wells near Kildare are named for her, and Brigid herself has more wells dedicated to her than any other figure.
Brigid is tied to the Pagan celebration of Imbolc, which marks the beginning of spring and once coincided with the lactation of ewes, another one of her symbols.

Wonderful people and many beautiful crystals, and items for healing, peace, love, etc.

For every minute you are angry you lose sixty seconds of happiness. 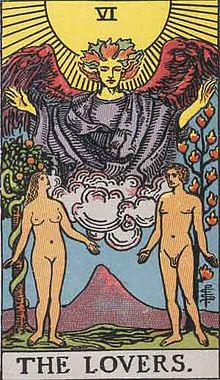 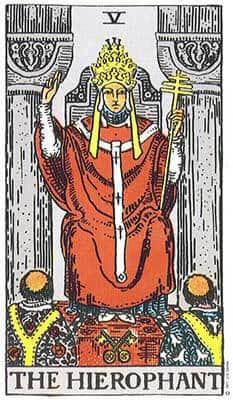 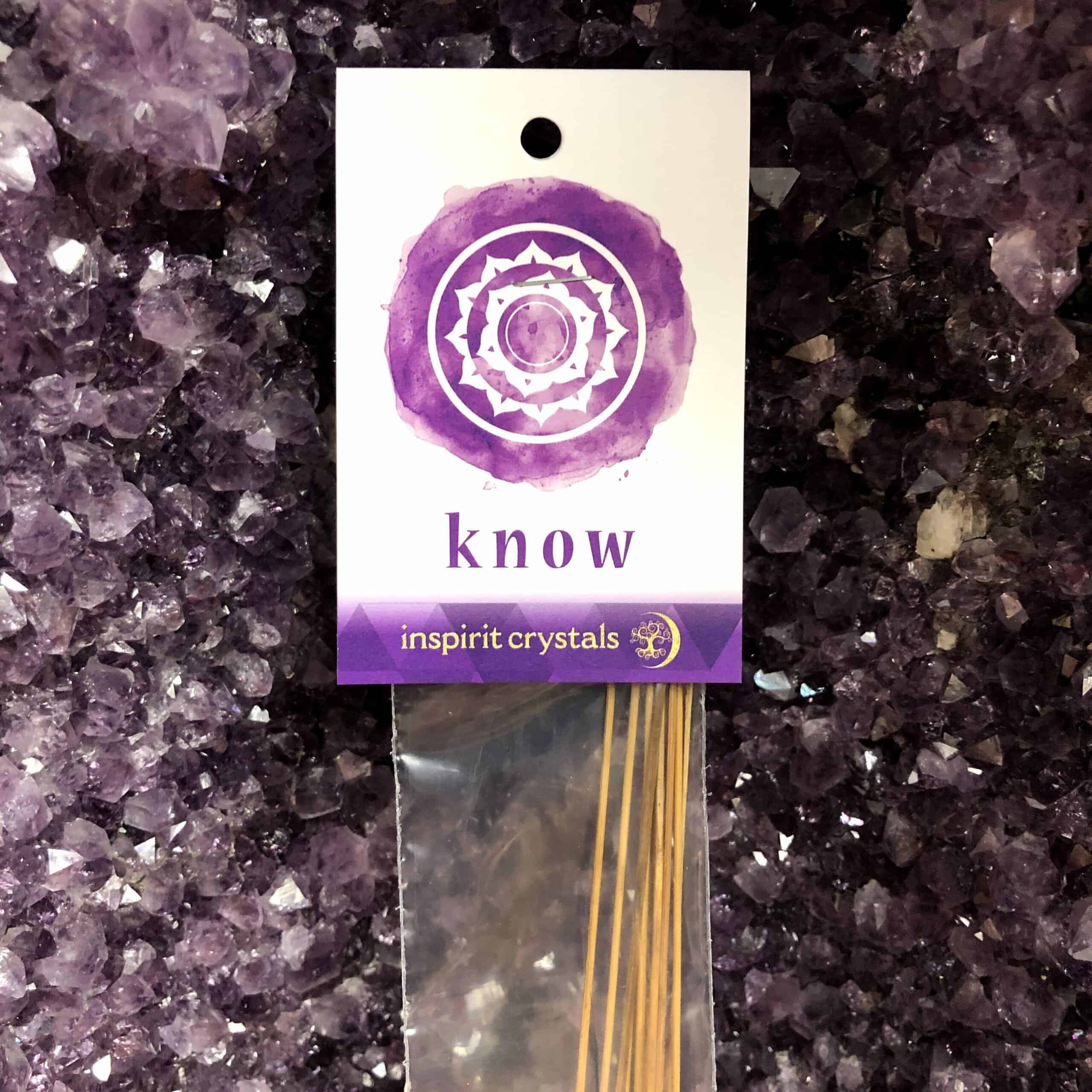 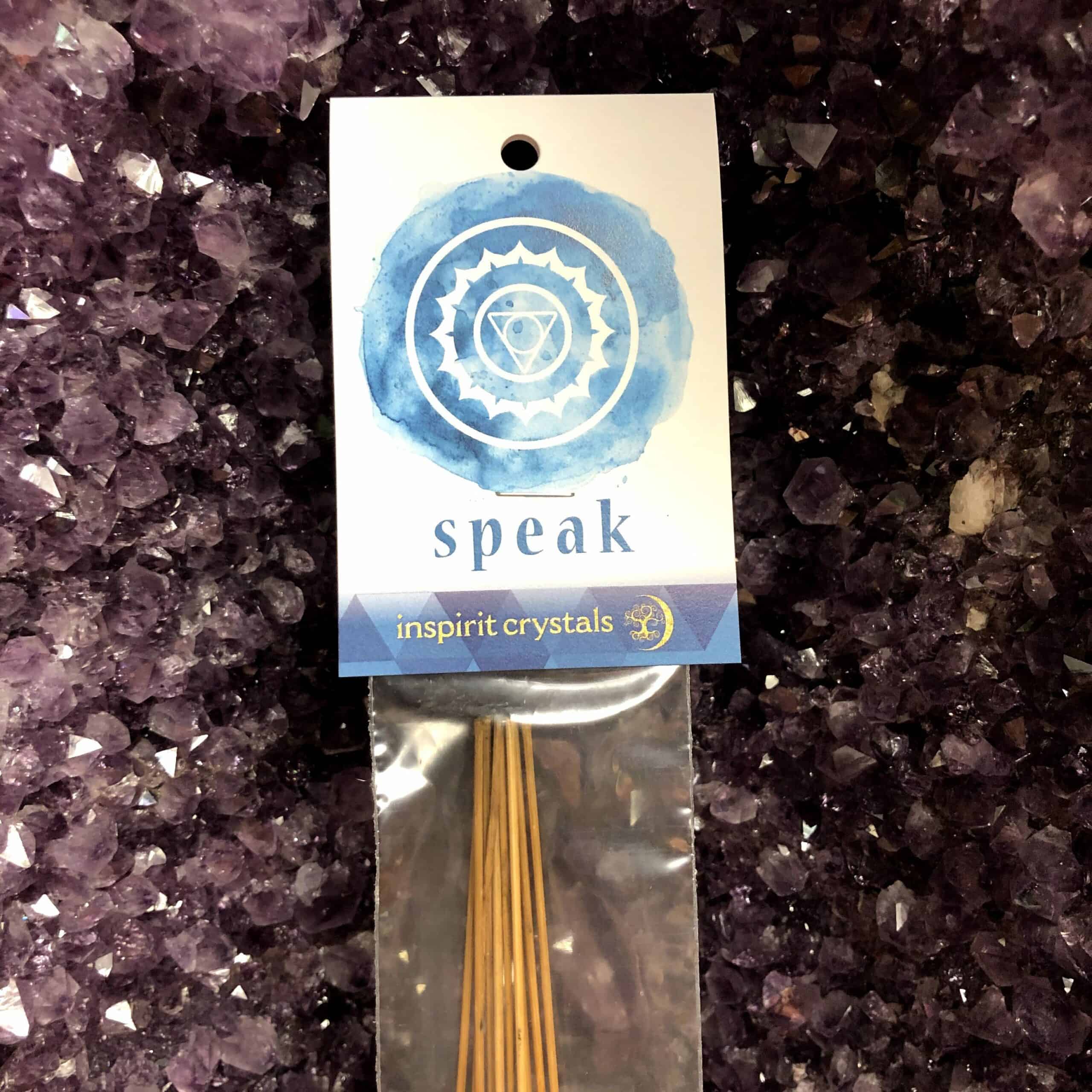 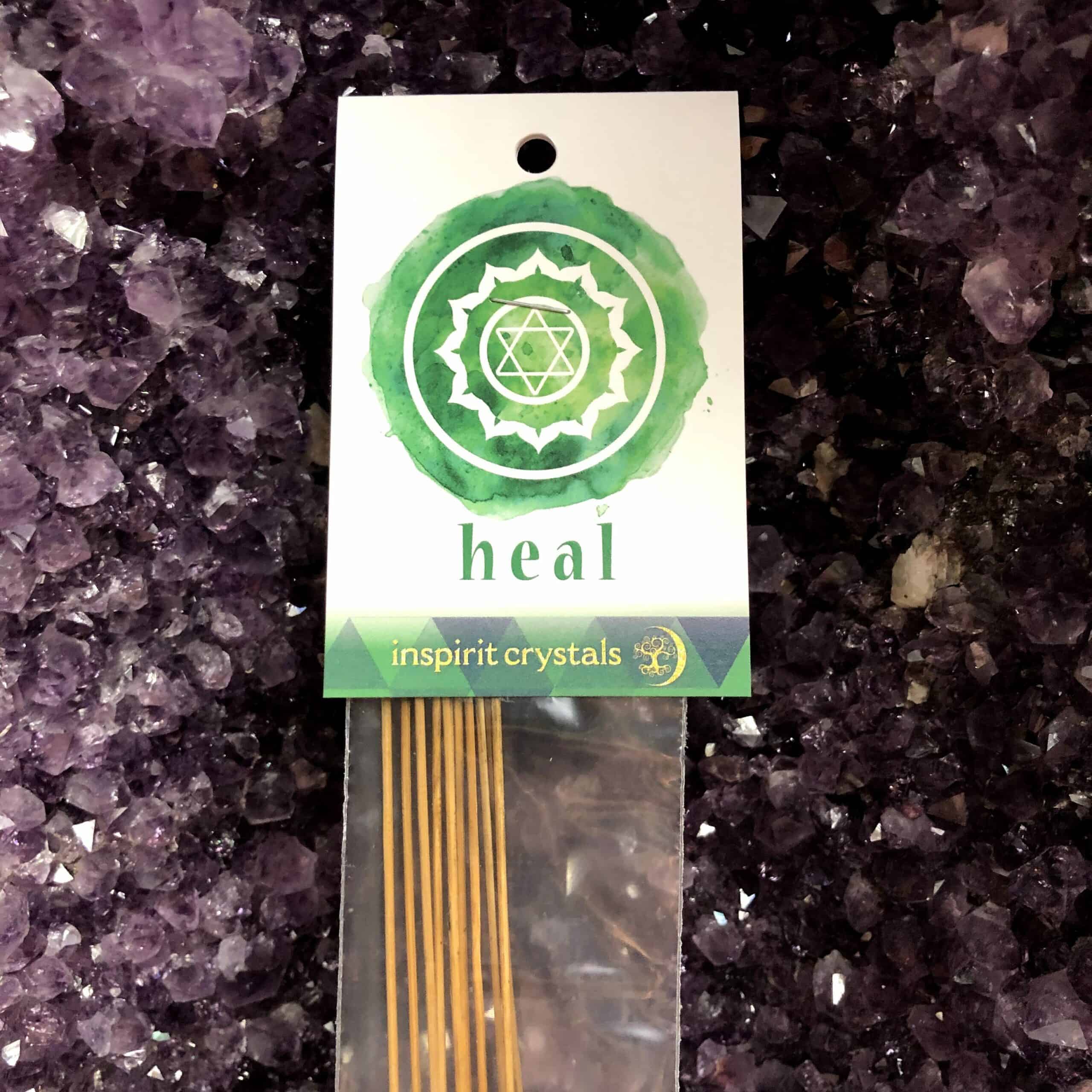 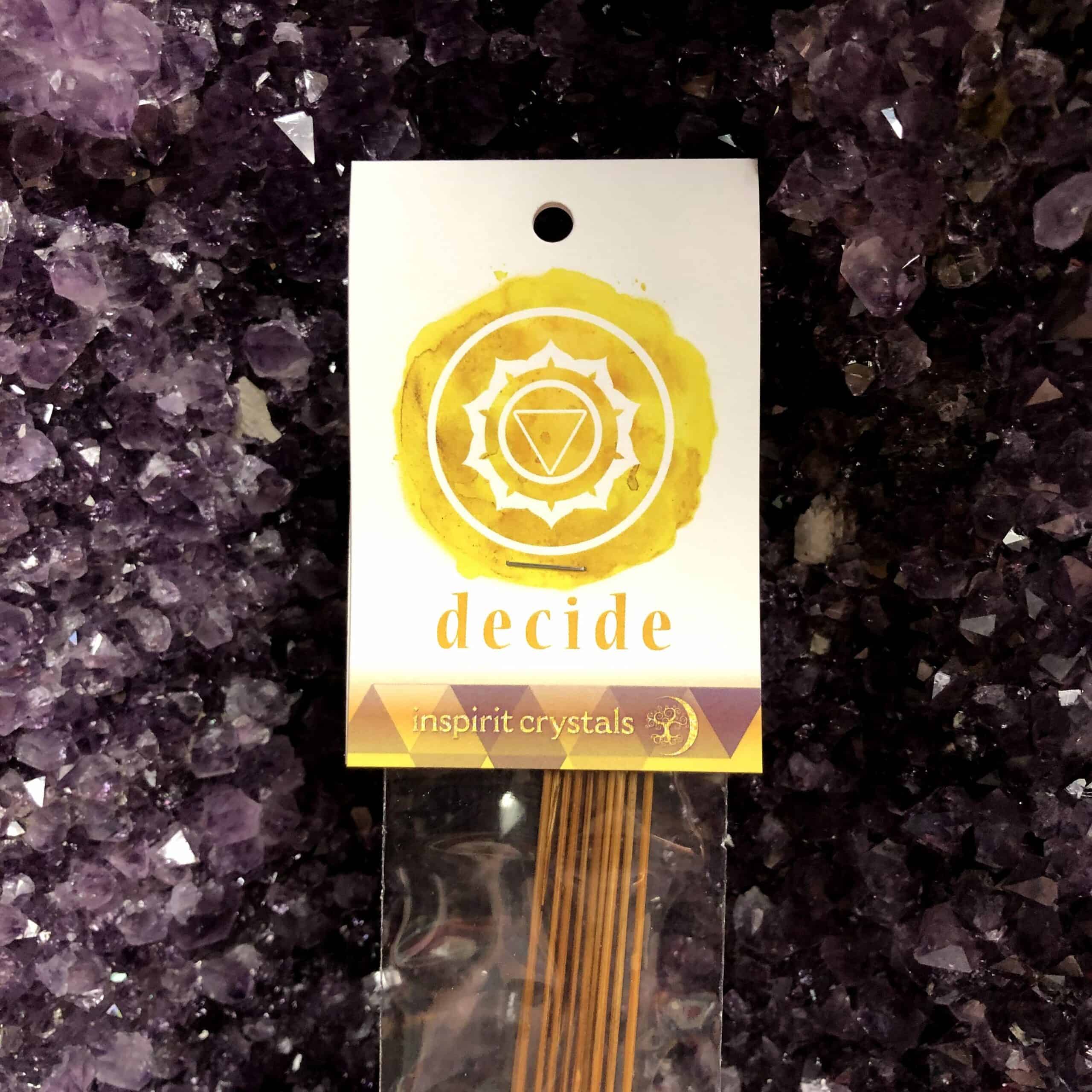 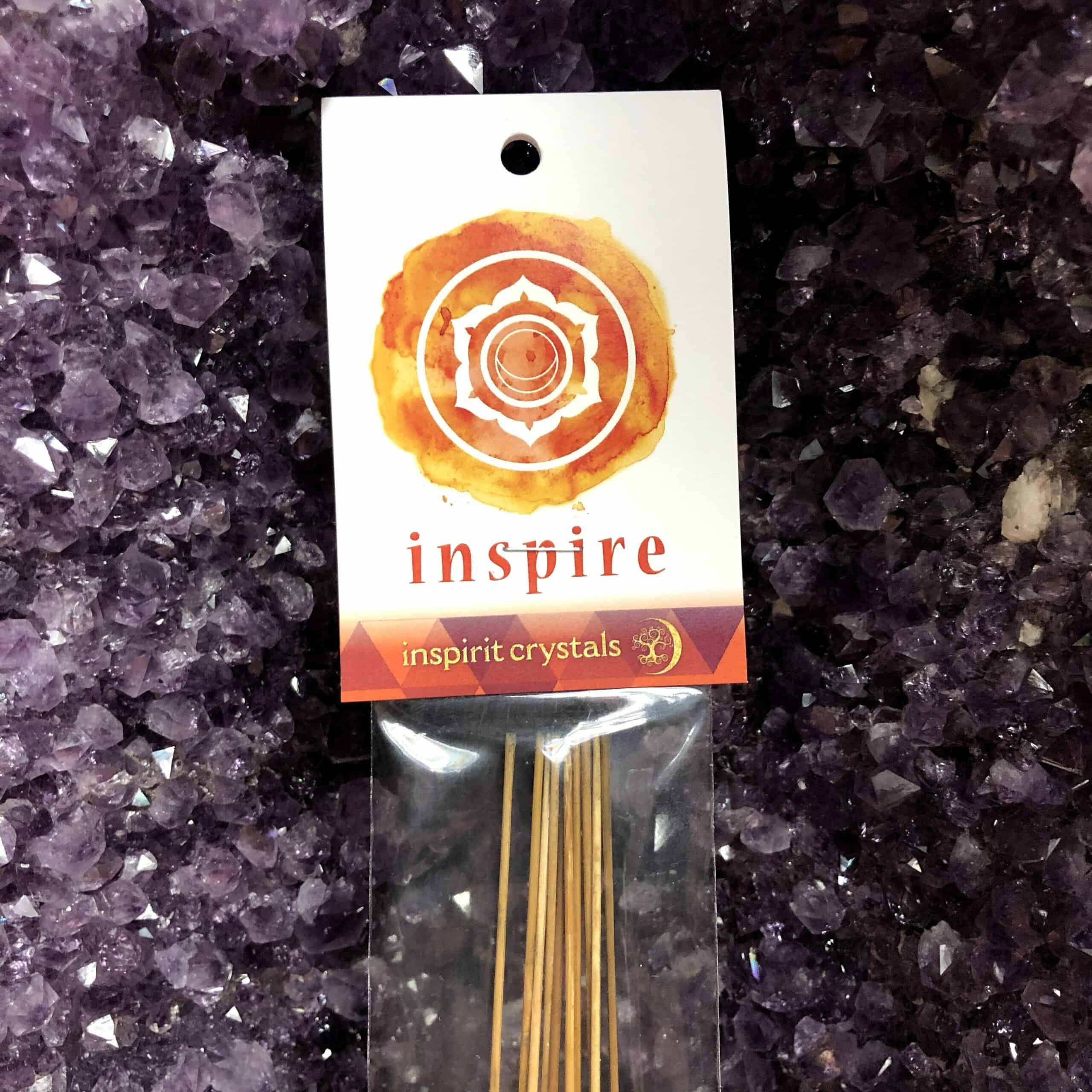 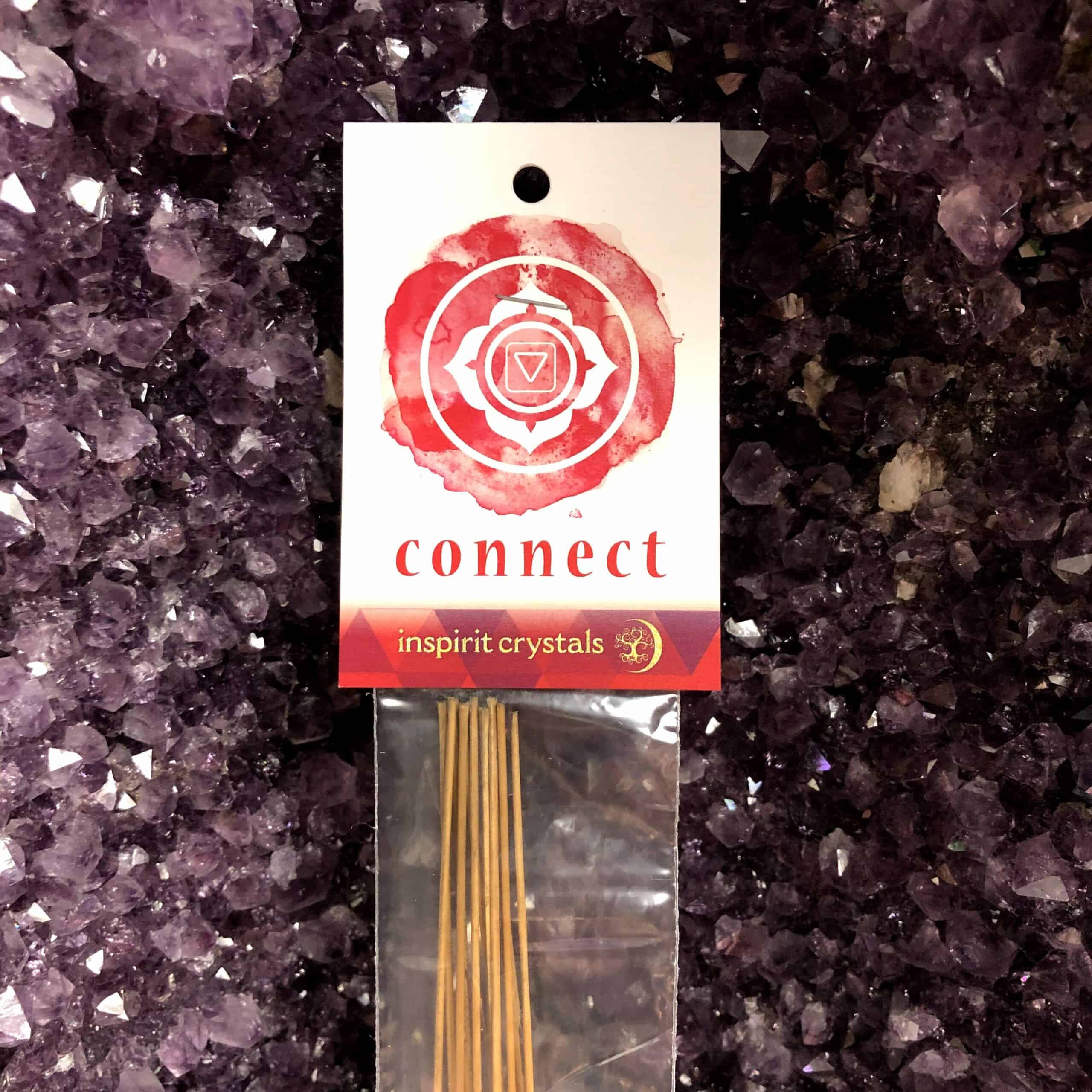